Wakeboarding and Wakesurfing have become incredibly popular watersports over the last few years, with many enthusiastic participants. Both are super fun. But what’s the difference between wakeboarding and wakesurfing?

In today’s guide, we’re going to take a look at wakeboard vs wakesurf and explain the key differences between them.

We’ll start with the basics, then move on to difficulty, fitness level, boats, and boards.

The first thing we’ll cover is the basics of each activity. This will give you an idea of how wakeboarding and wakesurfing differ from each other.

Both activities will appear indistinguishable from someone without experience. While these tasks appear simple, there are some significant differences to consider.

Wakesurfing is like wakeboarding in that you rely on a boat to tow you along so that you can reach the proper speed.

The first major difference between the two is that you don’t hold on to the tow rope for the duration of the activity.

When you go wakesurfing, you let it go when you get up to speed.

Once the boat creates a large enough wake, that’s the point when you’ll want to drop the tow rope. At this point, you surf in the boat’s wake.  So, wakesurfing becomes extremely like normal surfing. You ride the wave that the boat created for you, mainly on the face of the wave below the peak.

These wakes got large enough to surf on.

Wakeboarding is a little simpler than wakesurfing.

You’re still towed by the boat, but when wakeboarding, you aren’t expected to let go of the tow line. When the boat gets fast enough and its wake gets large enough, you can start riding over the wake. That’s when the fun begins!

If you’re going slow, you can practice on water that’s still pretty calm. When the boat speeds up and starts creating a large wake, you can start moving over the wake. You can use it to jump or even do tricks.

These maneuvers are a lot more advanced than most of the things you can do while wakesurfing.

Wakeboarding can also be competitive. Participants are judged based on their style and how daring their tricks are.

As we mentioned earlier, wakeboarding was conceived before wakesurfing. And, it’s wake surfing’s parent discipline, as it led to its development.

Determining which of the two disciplines is more difficult will help beginners decide. The ease will depend on your previous experience with similar sport,  like snowboarding.

Wakesurfing is a little easier to master than wakeboarding. One of the main factors that make wakesurfing so simple is that your feet aren’t locked into the board.

This makes wakesurfing a little bit easier to master. for people who already know how to surf or skateboard.

Being able to adjust your stance with your feet unbound makes it a lot easier to get used to balancing. But, wakesurfing presents its own set of challenges. You’ll need to be adept at balancing yourself so that you don’t end up falling off of the crest of the wave.

Wakeboarding is reputed to be a little more difficult than wakesurfing, and it’s plain to see why. The main factor that makes people less comfortable with it is that they’re not free to move their feet around. They cannot maintain their balance. Which often leads to overcorrecting with their upper body and falling.

Wakeboarding is a lot easier to get used to if you’ve already snowboarded. That’s another discipline where you have your feet locked into the board.

Another thing to account for is the difficulty of crossing the wake. The first few times that you cross the wake, you can expect to fall straight into the water until you get the hang of it.

As with any sport, it’s also essential to account for the amount of fitness that you need.

To wakeboard or wakesurf in the first place. Directly linked to this is the potential for injury in either of these activities. If you’re injury-prone, you won’t want to commit to something that can hurt you even more.

Wakesurfing tends to be a lot easier on your body than wakeboarding. You won’t have to be as physically fit to get good at it.

Now, don’t get us wrong. You’ll still have to be in pretty good shape to keep yourself balanced while you’re wakesurfing. Your core strength is a key component of improving, but not to the extent of wakeboarding.

One of the most obvious clues that wakesurfing is easier on the body is that you can do it for much longer periods.

Injuries sustained in wakesurfing during accidents tend to be a lot milder. This is because of the lower speed and the lack of a tow cable to get in the way.

Wakeboarding puts an immense strain on your body. This is because must remain tethered to the boat while you’re doing it. The pull of the tow cable against your arms puts far more pressure on your joints. This activity is a no-go for people with bad joints.

If you’ve been wakeboarding for a long time, you’ll likely start to develop issues in your back and your knees. Thus is due  to the strain they have to handle during the activity.

Wakeboarding injuries also tend to be far worse. The tricks that you perform and the tow rope that can get tangled around an arm or leg.

You’re also much more likely to hurt yourself doing spins, jumps, and tricks on a wakeboard than you would be while wakesurfing under less strain.

Up next, we’re going to take a look at the boats that are used for wakeboarding and wakesurfing. Note the differences between them.

Wakesurfing boats are essentially wakeboarding boats that have  produce a stronger wake.

While these boats were made for wakeboarding, wakeboarders have decided against using them. The waves tend to be too intense for comfortable wakeboarding, especially for beginners. Those who want to wakeboard on gentle and smaller wakes can’t use these advanced boats. That’s where wakesurfing comes in.

When wakesurfing, the larger the wake, the better.  These large wakes can better emulate the high waves that surfers long for.

Wakeboarding boats come in many different shapes, sizes, and prices. This means that you can use a far wider variety of wake boats, including more affordable ones. More advanced wakeboarders use boats with adjustable ballast to adjust the size of the wake.

The ideal wake produced while wakeboarding is less than what you would want while wakesurfing.

Wakeboarding boats are also faster and speed up faster than wakesurfing boats. This is because wakesurfers are typically limited to speeds of about 10 mph. While wakeboarders need to get up to speed far faster so that they can get their balance with ease.

The ideal wake produced while wakeboarding is less than what you would want while wakesurfing.

Wakesurfing boards  are a bit different than wakeboarding boards. They share more in common with more traditional surfboards.

There are several varieties of wakesurfing boards, including more traditional surfboard designs and skimboards, which tend to be shorter and wider. 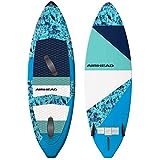 Wakeboards Wakeboards  are symmetrical. The design is almost reminiscent of snowboards. But they tend to have blunter front and rear edges.

The major difference between wakeboards and wakesurf boards is the foot bindings. These are used to lock yourself into the board, ensuring that it doesn’t fly out from under you when you go over the wake.

See our article on Best Beginner Wakeboards for recommendations! 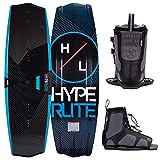 Wakeboarding and wakesurfing are two relatively similar disciplines, but they have a few key differences.

Wakeboarding is a high-stakes, adrenaline-pumping activity where you’re constantly being pulled by the boat. Wakesurfing tends to be a little bit more mellow. You surf on the wake once you’re up to speed. Of course, you can still wipe out if you’re not paying enough attention!

We hope that this guide has held the answers you were looking for, good luck out on the water!